Recently I installed Windows 7 RC1 at home to get a first glance at the new and exciting windows operating system. Shortly after installing Windows 7 I also downloaded Visual Studio 2010 Beta 1 to have a quick overview about the .NET Framework 4.0 Beta 1 and the development environment. Here’s a brief description how my setup and first look experience went like.

The setup experience was very smoothly. Actually the setup didn’t provide any exciting or new feature. The setup routine is the same as already known with Visual Studio 2008. One annoying part during the setup although is that the latest service pack for Sql Server 2008 Express Edition is not included in the setup routine. This leads to the following compatibility warning during installation procedure (here shown on Visual Studio 2010 Team Suite Beta 1 Setup): 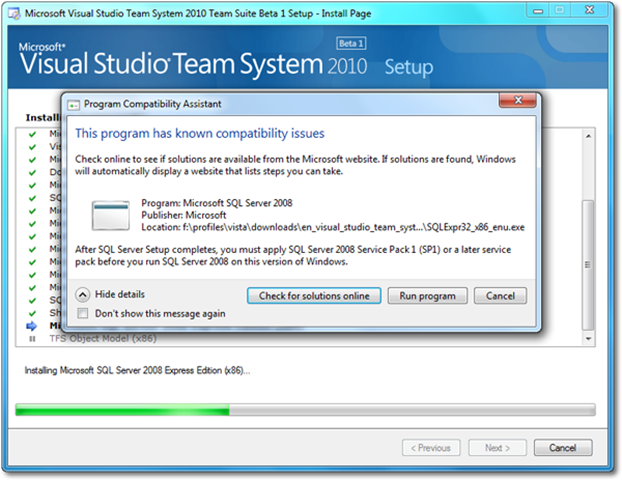 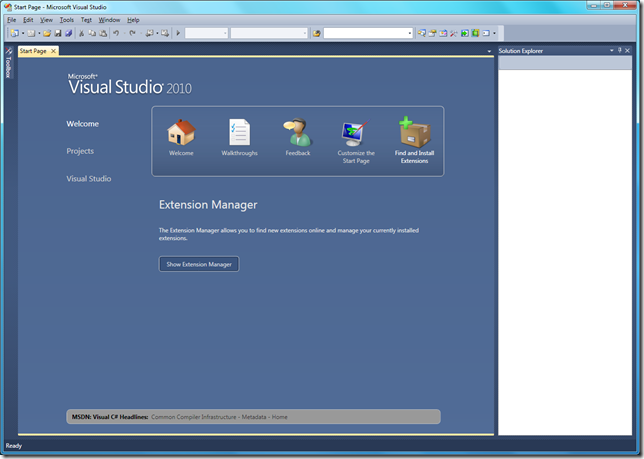 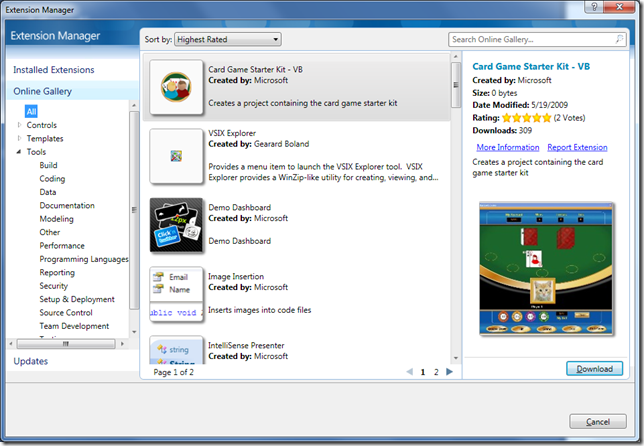 This is only a quick glance at the new Visual Studio 2010. More to come later!