This Christmas I upgraded my IT infrastructure to the latest and greatest. I bought a new Mac Book Pro Retina 15 inch with 1 TB SDD, 16 GB Ram, NVidia graphics card and latest i7 processor available for Mac Books. This is the detailed spec I currently own:

The performance and hardware you get for the price is really awesome. Then I started looking around for good external screens for both reading online content and developing software. My thought was to go for 4k screens. Before started evaluating the screens I looked for specs whether the Mac Book could handle 4k resolution and also multiple screens. My quick research showed that connecting 4k screens is possible although I overlooked one small but important detail which I’ll explain later. First I ordered two Samsung LU28D590DS screens. But a good friend of mine told me that the stand of these screens is so terrible that the screen trembles heavily even when you type. So I cancelled my order. After comparing the prices of the remaining 4k screens I finally settled on the Asus PB287Q. It is “only” a TN-Panel but has a very good price for its capabilities.

When I got the screens I started MacOS and connected both 4k screens over mini DisplayPort (on the thunderbolt connector) to my Mac Book. Before I did that I enabled DisplayPort 1.2 support which is required to support 4k with 60Hz. Then the shock started. Only one screen was working at a time. First I thought there is something wrong with the screens. I switched them off and on, exchanged cables and more. Still only one worked at a time. So I googled again the specs and found the missing piece in the puzzle in a support article. Basically they are saying in order to have 4k with 60Hz you need Multi Stream Support enable on the screen which I did and then only one 4 k screen is supported with 60Hz.

See more on Know Your Meme

Let me think again. I have Thunderbolt2 with approximately 20 Gbps bandwidth. DisplayPort 1.2 needs somewhere around 17 Gbps so this should technically be plenty. I have two Thunderbolt2 ports in my Mac Book and still Mac OS refuses to turn on my additional 4k screen. I couldn’t believe that. After some more research and reading the discussion threads here and here I found out that it is really a driver and not a hardware restriction. 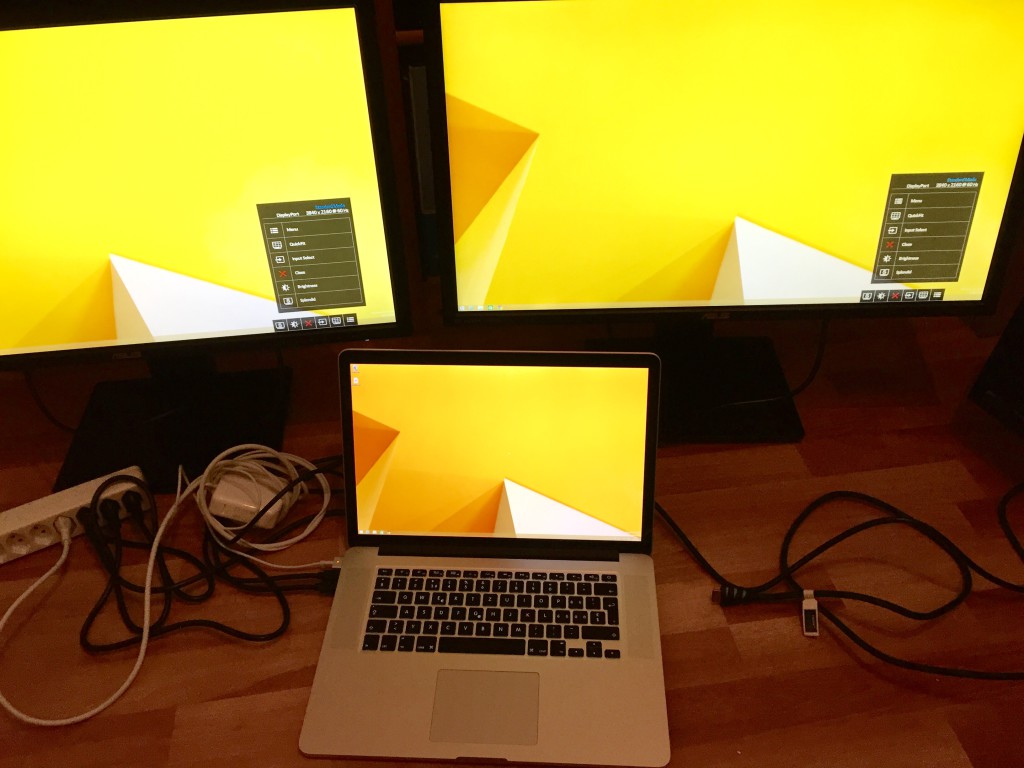 Dear Apple: Are you silently saying that MacOs is dead and Windows 8.1 is the future platform for Mac Books?