It’s new, It’s hot, It’s Seven and It’s in Beta. The new version of the Microsoft Client Operating System. Since the 10 of January the beat version can be obtained from  www.microsoft.com. So lets take a short look to the new philosopher’s stone of Microsoft. In this little Video you can see the Installation of Windows Seven. Take a special look to the Hard drive Partitioning and to the new Homegroupe feature. 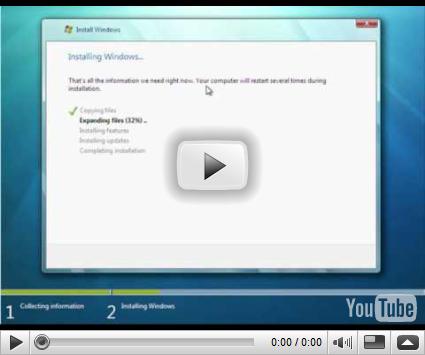 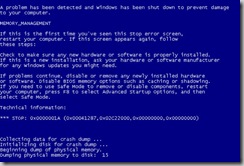 has changed. Here are some print screens of my first Bluescreen on Seven. The Screen appeared when I tried to install the VMware Tools. After a reboot the installation worked fine.

If you want to try your own Seven install an inplace upgrade should work from Vista Sp1. Or an new installation. The installation needs 6,4 GB diskspace.

Some nice things in the beta are Internet Explorer 8, Mediaplayer, DirectX 11, an new dressing paint Gui and an Freaky Taskbar.

Generally the new design look’s very nice and the User Account Controll, is not so annoying like in Vista. my guess is that Microsoft is on the rigth way with Windows Seven build 7000